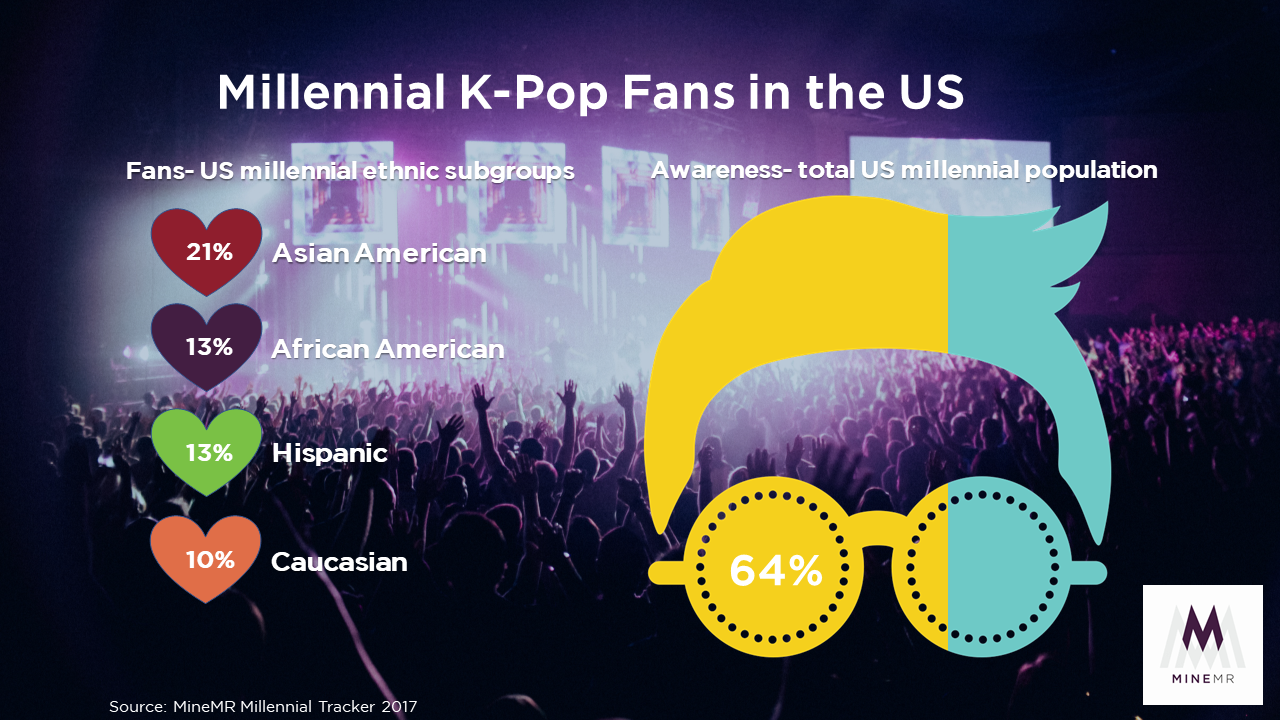 K-pop has long enjoyed a growing presence in America. With numerous groups and solo artists gaining mainstream popularity, and collaborations with American pop stars on the rise, what place does the genre hold in the hearts of American millennials- the largest generation in US history? And, given the diverse US population, what does this look like among that population’s ethnic subgroups?

In the beginning of 2017, MineMR found K-pop awareness among all US millennials reached 64%. Though more than half of American Millennials (age18-34) are aware of Korean pop music, the fandom rate varies considerably among ethnicities. Particularly surprising is the higher rate of fans among Hispanics and African Americans.

Despite a language and cultural distance from K-pop presumably comparable to the Caucasian subgroup, 13% of all African American and Hispanic millennials consider themselves K-pop fans compared to 10% of Caucasians. What can this mean for the brand strategy of K-pop stars, and for the growth of the genre as a whole?