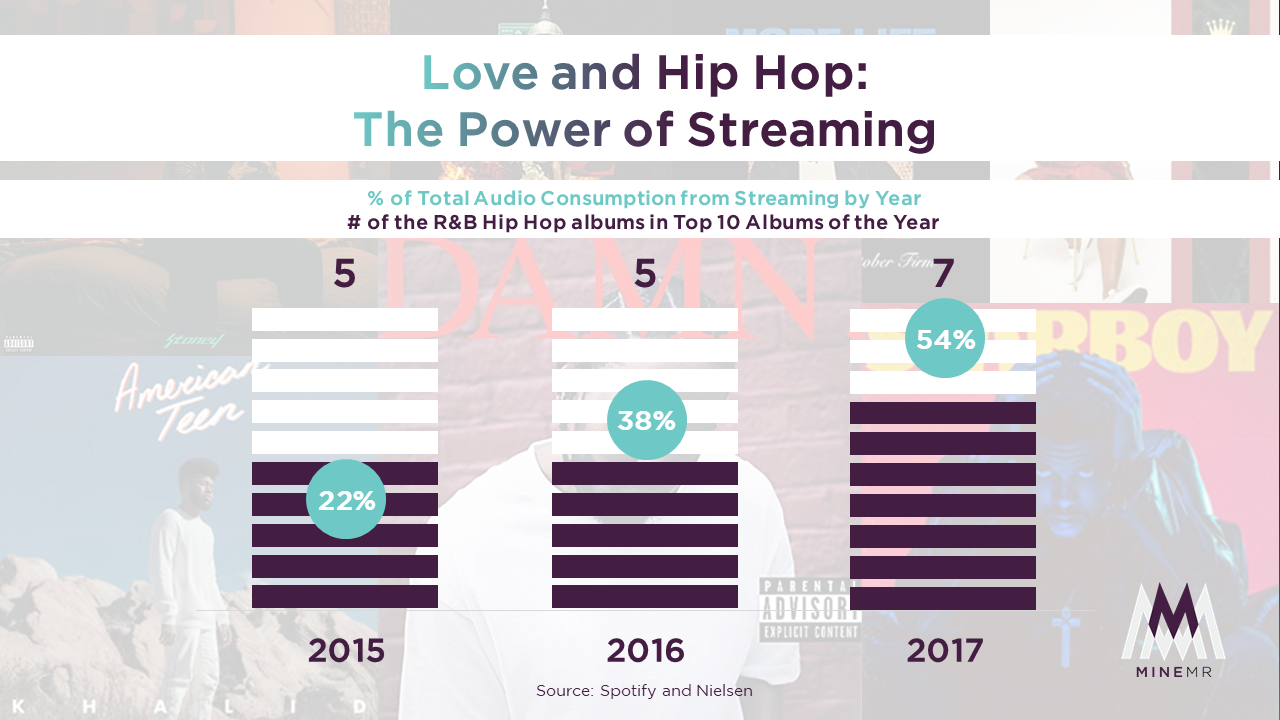 However, many industry experts point to Nielsen’s rating system as the future of music. In recent years, the popularity of streaming is rising while album sales are in decline. Hip hop and R&B artists are especially benefiting from this change in music consumption. Hip hop and R&B comprise 29% of music streams and are the most popular genres on Spotify and Apple Music (beating both rock and pop music).

Of course the rise in streaming also reflects the change in music lovers’ interactions with music. Radio hits and singles are certainly influential in presenting music trends to a general audience, but in the age of digital music streaming, consumers can listen to their favorite songs without having to purchase an album. Unlike rock artists, hip hop and R&B artists continually adapt their music and show greater flexibility in their genre than pop and rock artists do. Contemporary R&B pairs well with pop music and as a result, many artists outside the realm of hip hop and R&B experiment with the music style. For rap, pop rap brought mainstream rap artists to top 40 radio stations as pop rap artists responded to the growing demands of EDM and pop lovers. Kanye West’s collaboration with Daft Punk in “Stronger” is one of the most notable examples of the explosive popularity of pop rap.

Artists like Drake, The Weeknd, Kendrick Lamar, and Bruno Mars bend the rules of the genre to produce cross-genre hits and as a result, are household names with award-winning albums. Hip hop and R&B’s evolution did not stop at pop rap as the age of independent music distributors, like SoundCloud, allow a new generation of artists to experiment with music styles and become viral hits. This new generation of SoundCloud rappers have inspired the resurgence of trap rap and established a trend of mumble rapping.

Related Articles
The Rise and Role of Data
Out, Proud, and Loud
Politics of Love