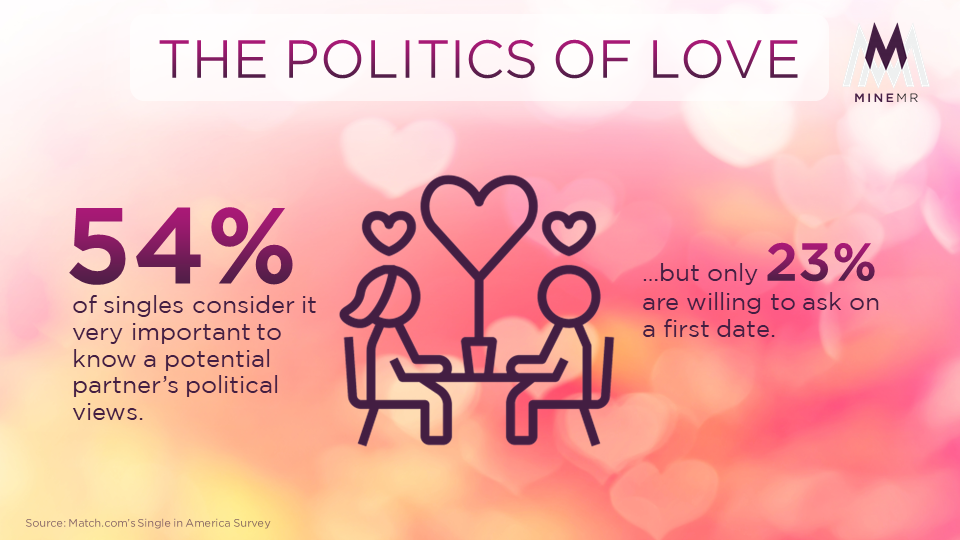 In today’s heated political climate, many of us are wondering, and no pun intended, but does love trump politics? Match.com’s Single in America Survey, which interviews 5,000 non-Match users across the United States, took a look at this question and how singles approach politics and dating. Surprisingly, over half of the respondents consider knowing their potential partner’s political views as very important. Noting the survey used the word “potential” over current partner indicates singles consider this before an official relationship is established.

However, only 23% of singles are willing to ask about political views on a first date. Of course, abiding by the rules of polite conversation (no topics regarding religion, politics, or money) on a first date is fairly conventional. Hopefully after date two or three, singles will be more willing to take risks and find out for themselves if their feelings are stronger than their political ideology.

The personal is the political, but it takes compromise to make a relationship work. Would you dump someone over their political views?