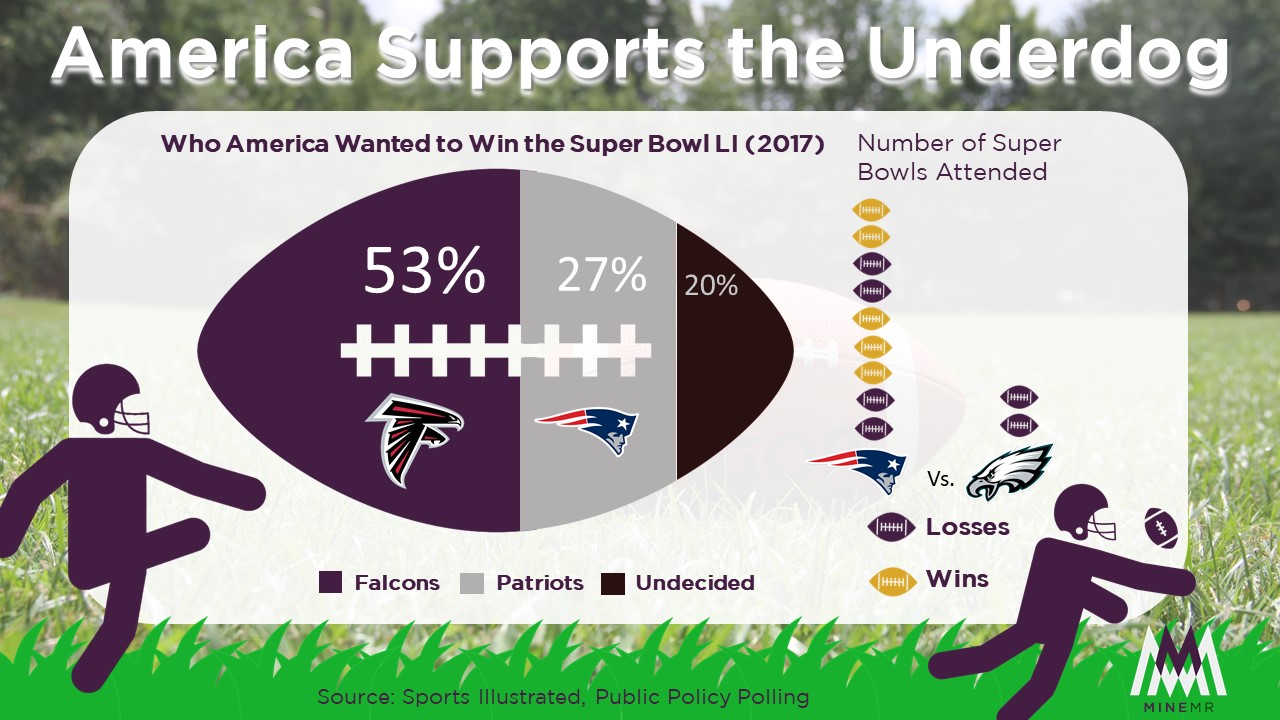 The Super Bowl is regularly referred to as an unofficial American holiday and with Super Bowl LI’s impressive 111 million viewership, it’s no surprise why. Americans are revving up for the big game by purchasing food for Super Bowl parties, placing bets on their favorite teams, and clearing up their Sunday schedules. With companies spending record highs to secure advertising space during the game’s commercial breaks and Justin Timberlake returning for a half-time performance, there’s something for even non-football fans to enjoy.

Also returning to the Super Bowl is the Boston Patriots. With the legendary Tom Brady acting as the team’s star quarterback for the 6th time and the Patriots returning to the game for the 10th time, the city of Boston has ample reason to celebrate. However, the rest of America disagrees. In 2017, 53% of Americans wanted the Falcons to defeat the Patriots and only 27% rooted for the Patriots. For 2018, there are no official statistics on how many Americans are doting on the Eagles, but a map made using Twitter geotagging data suggests that the majority of the country is rooting for the Eagles.

If the Patriots are Goliath then the Eagles are a perfect David, the Philadelphia Eagles shocked sports pundits across the nation with their jaw-dropping performance this season. Even with the loss of their star quarterback, Carson Wentz, the Eagles managed to make it to the Super Bowl with Nick Foles stepping up as quarterback. Outside the field, Eagles players have been winning hearts with their actions. Chris Long, the team’s defensive end, is donating his 2017 salary (roughly $1 million dollars) to charities fighting for educational equality.

With this clash between seasoned-quarterback Brady and needing to prove himself, Foles, Super Bowl LII should be a game to remember.