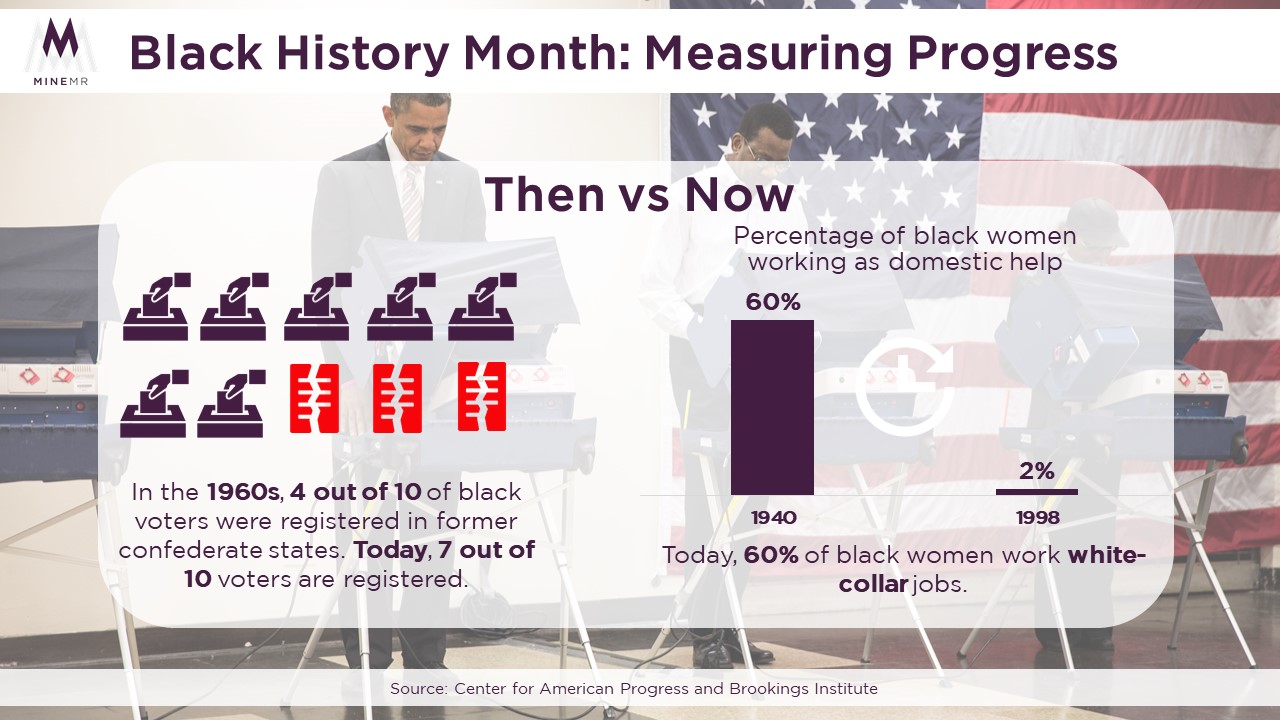 Since 1976, every President of the United States has designated February as Black History Month. The inspiration behind Black History Month and its February designation stems from a 1920s week-long commemoration of black achievement that took place during the second week of February to coincide with the birthdays of Abraham Lincoln and Frederick Douglass. By the 1960s, college campuses and major cities designated the entire month to reflecting and celebrating the black community in the United States. President Gerald Ford was the first president to give the holiday its federally-recognized status that it enjoys today.

In thinking about Black History month, this infographic focuses on the changes the Civil Rights Movement strove for and progress that can be seen today. Thanks to the Voting Rights Act, black voter registration has surged nationwide, but especially in areas plagued with Jim Crow-era discriminatory laws. While a 2013 Supreme Court Case has weakened the full effectiveness of the Voting Rights Act, it is one of the many crowing achievements of the Civil Rights Era and continues to prevent discriminatory voting laws from harming marginalized people of various racial and socioeconomic backgrounds.

Of course, there is still room for improvement as organizations such as the NAACP continue to champion causes in education reform, criminal justice reform, and media diversity. However, with an engaged-voting block and a history of self-advocacy, the black community has served as a source of inspiration for Americans and marginalized people world-wide on how to build movements and continue causes throughout generations.