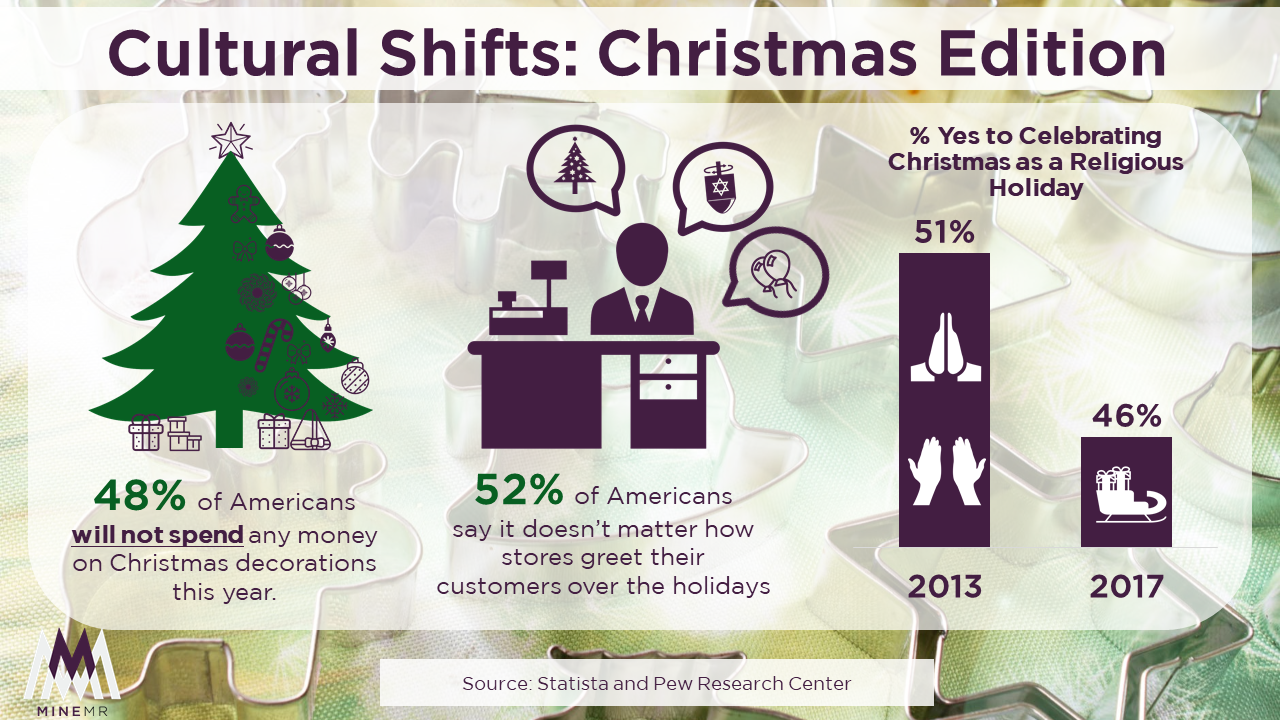 December marks the start of various holiday celebrations: from Christmas to Hanukkah to Kwanzaa and all the way to the New Year’s Eve festivities, Americans everywhere have reason to celebrate. However, every December brings familiar headlines on controversies such as the War on Christmas and the commercialization of sacred holidays. Unsurprisingly, as Americans shift their views on religion, religiosity, and what exactly defines the “holiday spirit”, Christmas traditions will evolve as well.

In a recent survey run by Statista, the company noted nearly half of Americans were not spending money on Christmas decorations or Christmas trees. In the spirit of environmentalism, there is growing favor to buy reusable trees and reuse decorations year-to-year. However, Statista did find that overall gift spending as on the rise. So while your Christmas tree might look familiar, there should be plenty of gifts underneath it.

As larger cultural shifts occur in the American landscape, our holidays will continue to reshape and evolve with the times. For now, we at MineMR wish everyone happy holidays and hope to celebrate a great 2018!