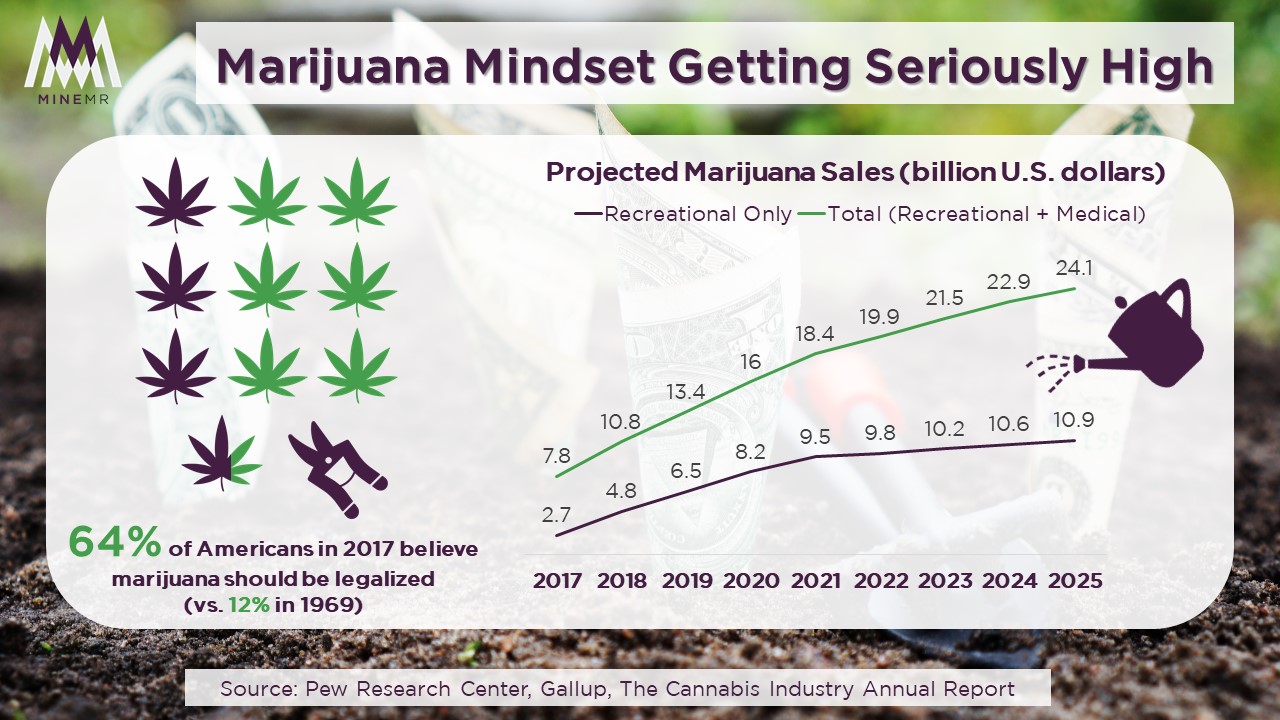 In November 2016, California voters passed Proposition 64, and as of this month (January 2018), Californians can legally sell recreational cannabis.

While 29 states have legalized medical marijuana, only 8 can currently take advantage of selling it recreationally. Legislation is likely catching up to new cultural norms around marijuana’s usage and popularity as the American public has changed its attitude toward the drug. In 1969, roughly 12% of Americans were in favor of legalizing marijuana, but today, new polls indicate close to 2 in 3 (64%) of Americans support legal weed.

With national approval ratings reaching all-time highs, more states are likely to join the legalization trend. However, creating comprehensive business laws around cultivating and selling a recreational drug proves to be difficult. In California, the state passed strict legislation on who can legally sell recreational marijuana and has made the process of obtaining the correct permits a rigorous endeavor.

Given the greater difficulty of legalizing—and obtaining business permits to sell—recreational marijuana, it makes sense that the largest growth is predicted in the medical market. However, both offer a new industry for states to explore, and time will tell if the investment is as green as the plant itself.